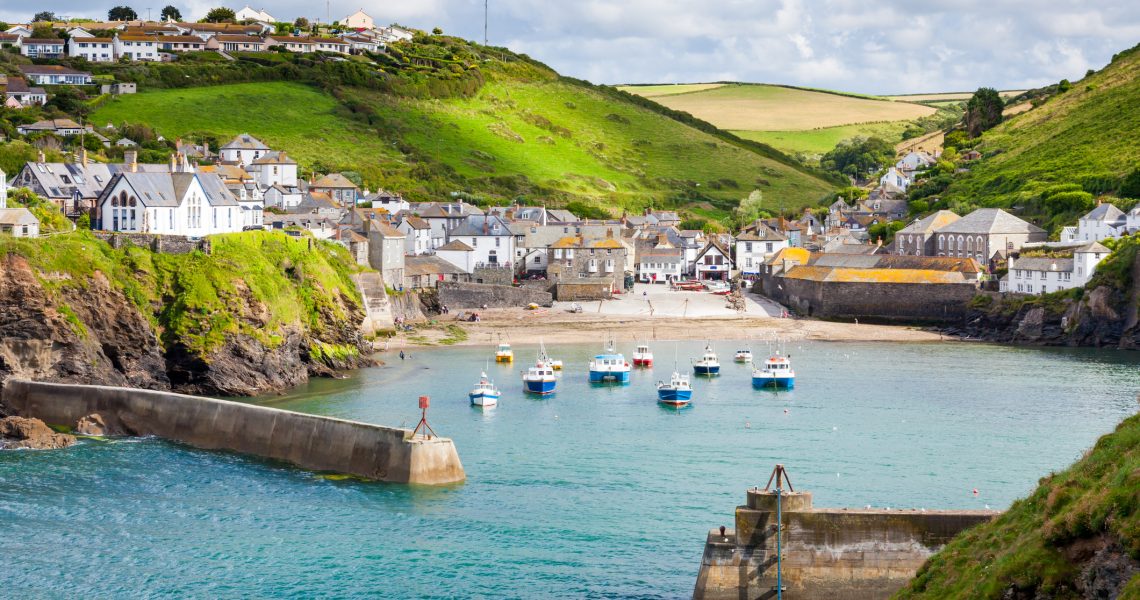 The outline of Cornwall has been frequently described as a gripping claw. Although this initially may sound uninviting, Cornwall is one of the most attractive and romantic tourist destinations in Britain. If you follow Cornwall’s distinctive and intricately curved shoreline, whether on foot or by boat, your reaction will inevitably be very emotional. You will be mesmerised by the beauty of its nature and its jagged cliffs encircled by seagulls. There are quaint seaside towns, fishing villages, and lovely stretches of white, tranquil sandy beaches. Indeed, the Cornish Riviera will assault your senses with its splendours. Your imagination, however, will be beset by another kind of attraction. Cornwall is county rich in history and myths. Seaside locations like Tintagel, Merlin’s cave and Retreat of Mark, will beckon you to visit them. Even if you’re still not familiar with old legends, Cornish people are natural storytellers. You’ll soon hear all about King Arthur, Tristan and Isolde, pirates and sea monsters.

Haven Of Adventurers, Smugglers And Writers

With such fascinating nature, wildlife and heritage, it’s no wonder that the Cornish Riviera has proved a magnet for all kinds of interesting and diverse people. If you chance to visit one of the old pubs that still stand invitingly in many coastal towns, you’ll likely overhear a few traditional sea shanties. They hauntingly talk about fishermen, adventures and smugglers, and reveal a fascinating part of rich Cornish history and its people. However, the Cornish Riviera has also drawn another kind of people. Perhaps you weren’t aware of the fact, but famous writers such as Daphne du Maurier, Virginia Woolf, William Golding and Winston Graham flocked to the Cornish Riviera. If you’d like to follow in their footsteps, and go in search of Virginia Woolf’s lost Eden , then you can easily adventure to their favourite haunts. Now, it may seem strange that the Cornish Riviera has attracted such divergent types of people at various points in its history. However, the tourists, smugglers, pirates, artists and writers all have one thing in common. None of them could resist the fascinating appeal of Cornwall’s shoreline.

So what do you need to become an explorer of the amazing Cornish Riviera? Practically nothing, except the burning desire for exploration. Since the Cornish coastline has a varied terrain with rugged cliffs, hillocks and sandy beaches, you should invest in good footwear. Some sturdy walking shoes and flipflops are absolutely mandatory. Another extremely useful piece of equipment is a walking stick. Of course, you can opt for a modern trekking pole, since it will sufficiently support you on your walks across the amazing Cornish coastline. If you want to immerse yourself in the local atmosphere, a traditional Cornish walking stick with an elaborately carved head is even a better choice. Depending on your preference, you can find a local guide or explore the Cornish coastline by yourself. In either case, it’s a good idea to consult a few guidebooks and get familiar with the best locations. Even better, read a book or two by some of the famous writers who brought to life the beautiful Cornish Riviera.